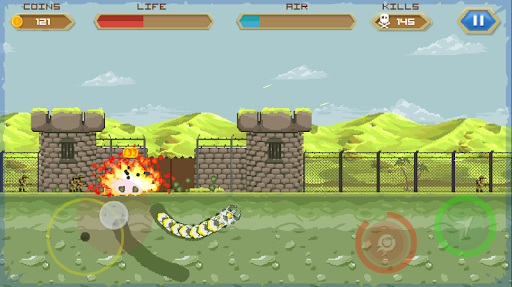 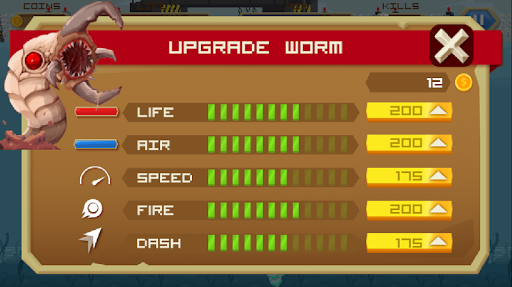 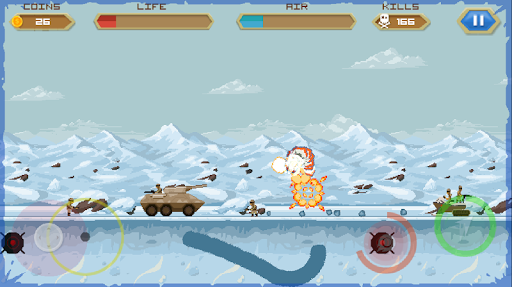 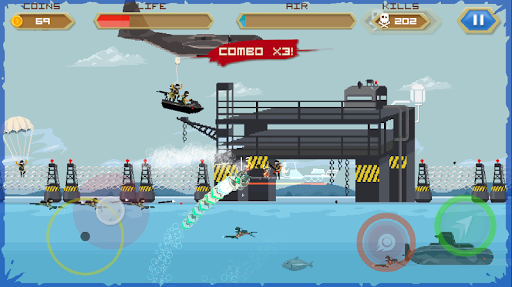 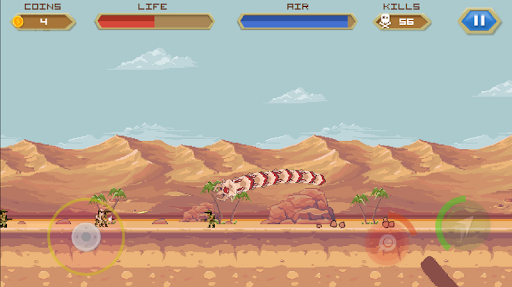 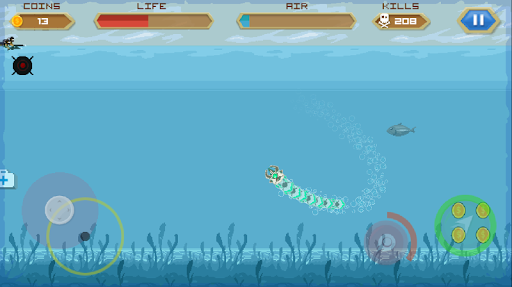 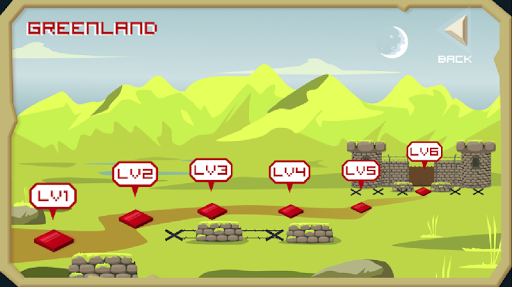 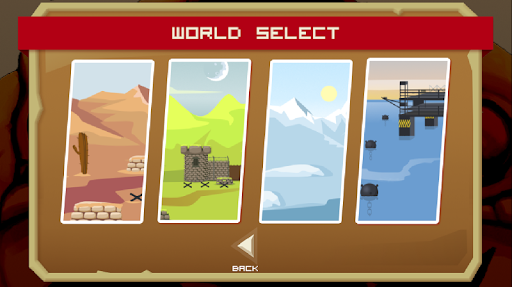 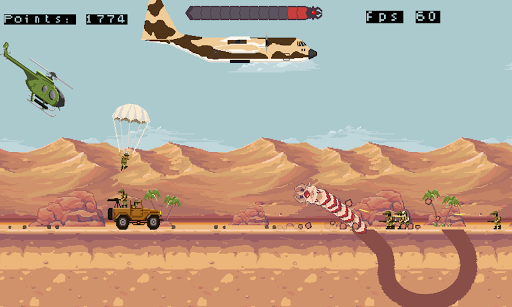 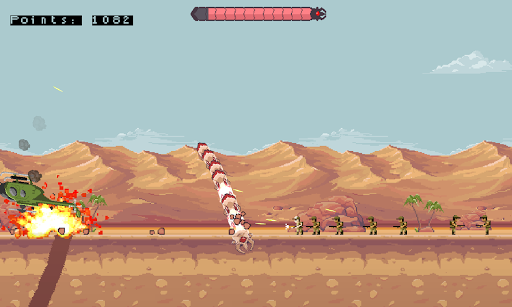 This army just made their last mistake, you must prevent them from occupying the desert where you live but it will not be easy. Helicopters, grenade launchers, parachutists, airplanes and a whole armed force will fight against you.

Eat the soldiers to recover life and do not allow more troops to enter your territory. I’ts a WORM ARMAGEDDON!

Guide your deadly worm with some liking for spilled blood until the victory.

Use the Joystick on the left side of the screen to move and touch the screen on the right side to use the turbo mode.

-4 skins for you worm related to each dune

-A shop where you can buy new habilities and power ups.

-4 new skins for you worm

-Now you can upgrade your worm with new habilities and power ups.