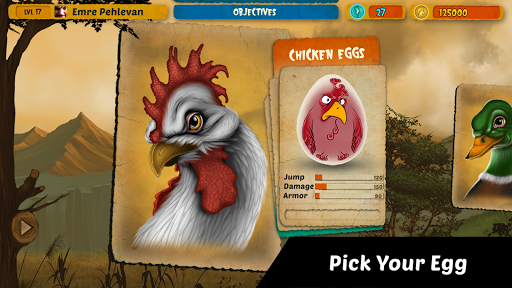 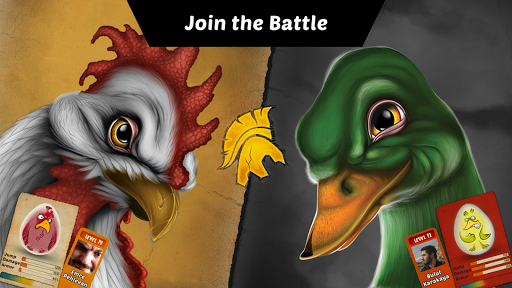 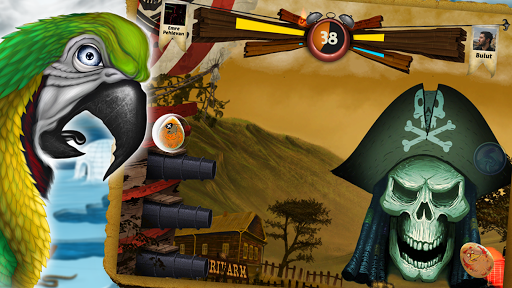 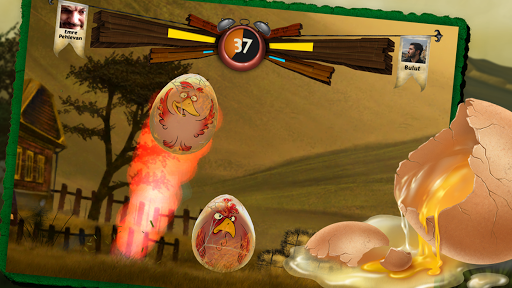 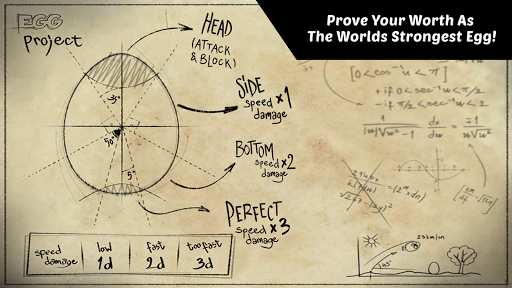 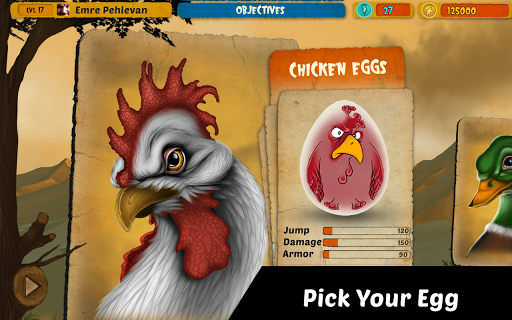 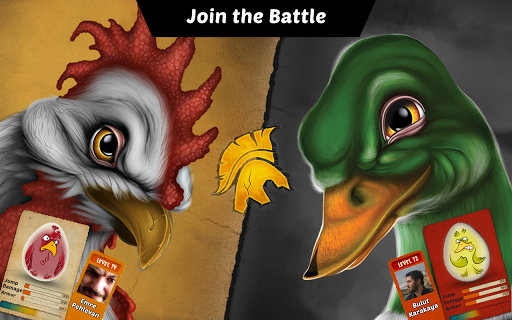 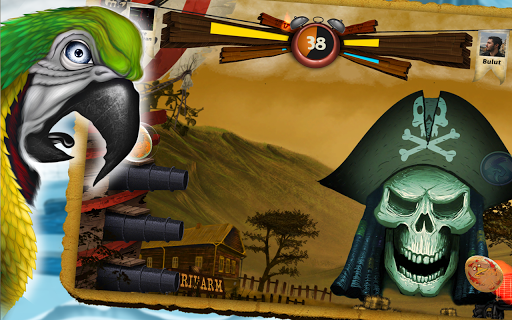 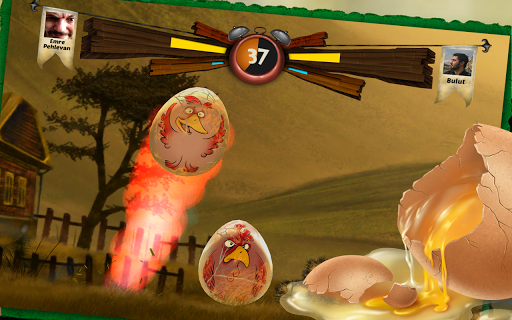 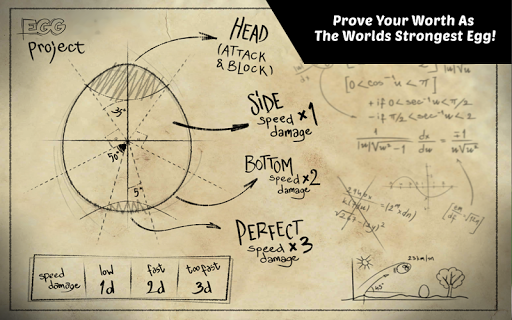 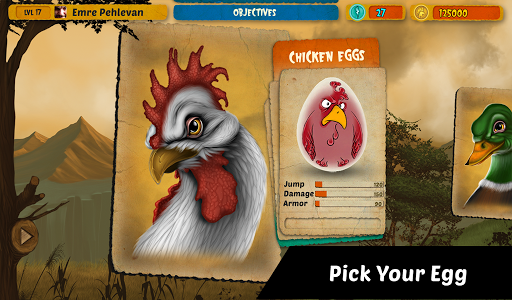 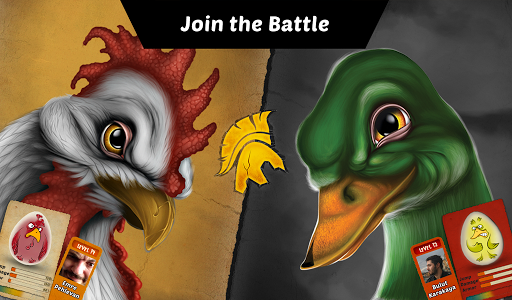 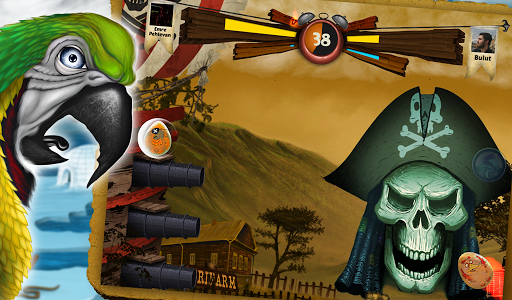 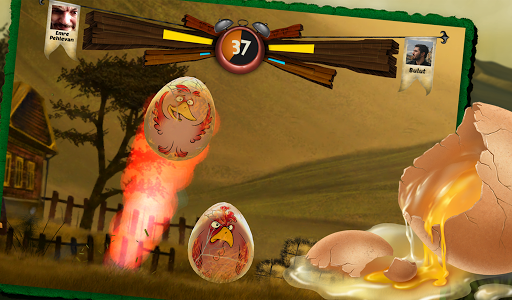 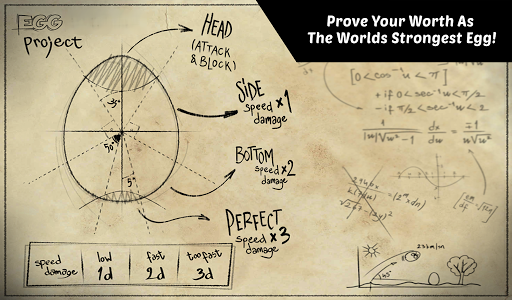 Description
Join the battle and immerse yourself in the frantic, fast-paced, shell-shattering action with Egg Fight!

Due to an experiment gone wrong, the eggs of various animals have evolved, and now they are battling among themselves for world domination. Pick your Egg, join the battle and prove your worth as the worlds strongest egg!

– Show your skill anywhere and anytime with single touch gameplay.

– Pick from 7 types of animals with over 20 eggs, each with their own super moves, unique artwork and voice acting.

– Compete with people all over the world via leaderboards with different categories.

– Complete objectives to level up and unlock more powerful eggs.

– Your gameplay will be accompanied by the voice of Hidayet Can Özcan, frontman of the band called “80 Kalibre”!

– Enjoy the unique soundtrack with that techno-rock vibe!