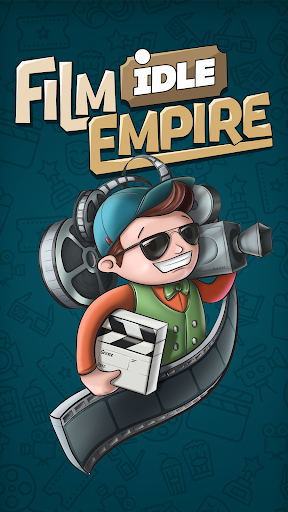 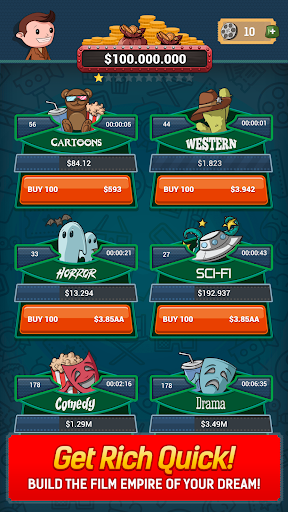 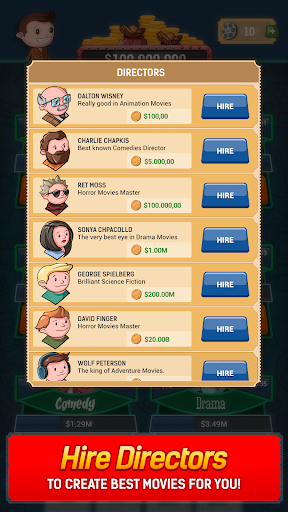 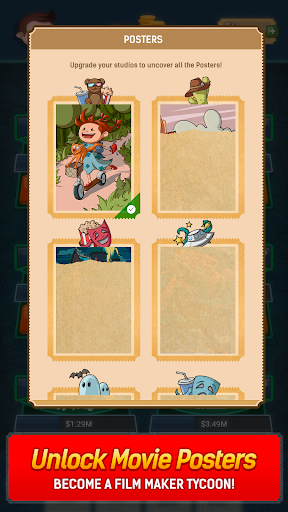 Create your own movie empire and become the #1 film tycoon in Film Industry with Idle Film Empire: Clicker Manager Tycoon. Start from scratch by creating and selling cartoons and movies, then buy more studios & hire big-time directors and make blockbusters to earn hundreds of millions of dollars.
Do you have what it takes to create your own empire that will rule the movie industry?

🎞️OPEN STUDIOS WITH DIFFERENT GENRES
Start earning and collecting your cash and invest in opening new studios that earn you even more cash. Create studios for multiple genres and become a name in the movie industry. Find numerous ways to increase your profits by creating more and more movies. Show your managerial skills in one of the best auto-clicking manager idle money games!

📲FEATURES:
– Bank: Buy film reels to earn more profit or make use of boosts that help you skip days or increase the speed of all studios.
– Menu: You can’t create your own movie idle clicking empire without the help of directors & upgrades. Additionally, complete quests, win Oscars and uncover posters for your studios
– Speed boost: receive speed boost x2 for 3 hours in this clicker empire money game
– Profit boost: receive profit x2 boost for 4 hours
The best part is that you can earn while offline and double or multiple your offline earnings by watching ads or using film reels. It’s the best way to become idle rich empire clicker!

So, if you are in search for incremental clicker idle manager games, you must try your managing kills in idle Film Empire!