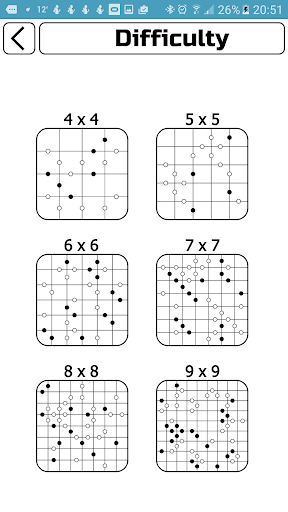 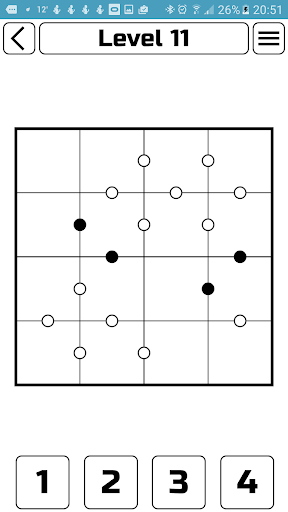 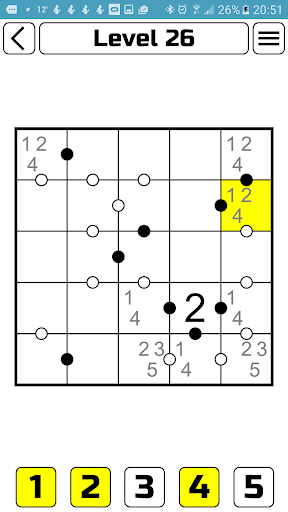 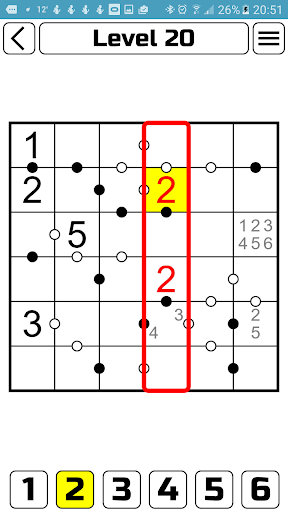 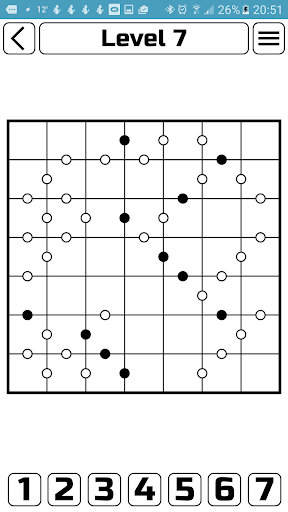 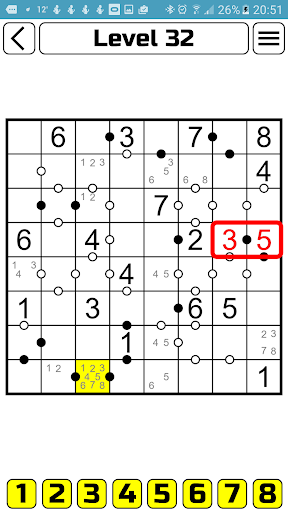 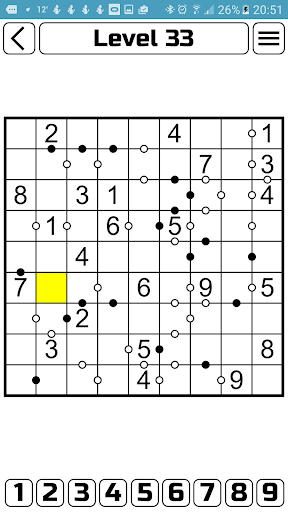 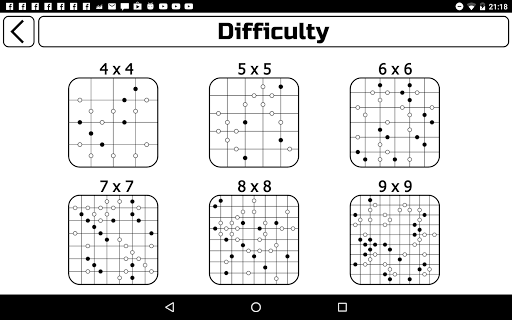 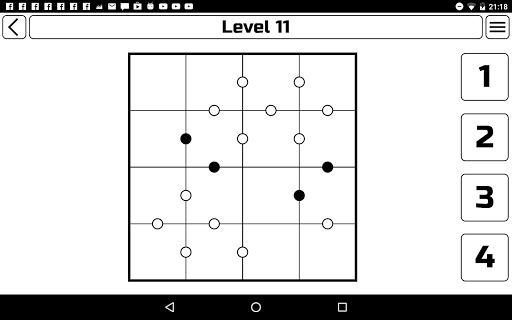 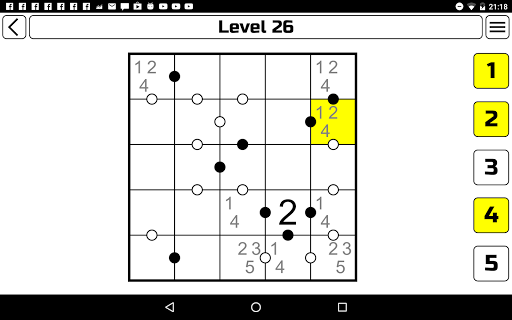 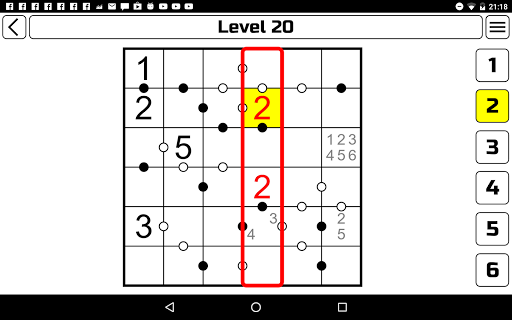 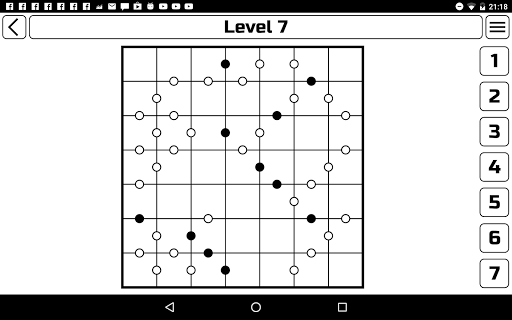 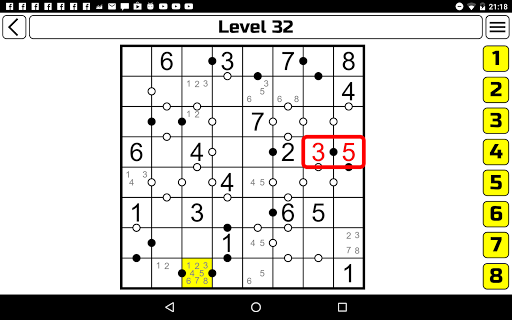 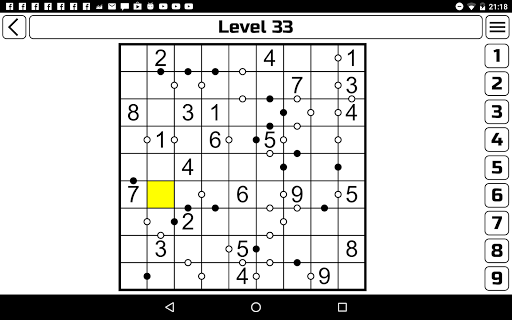 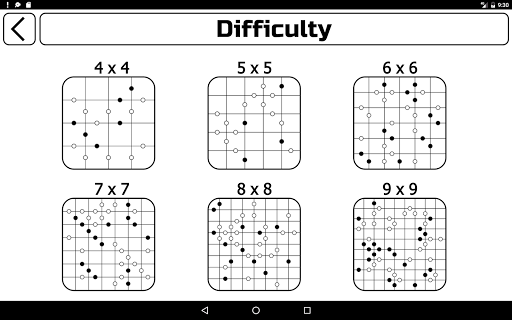 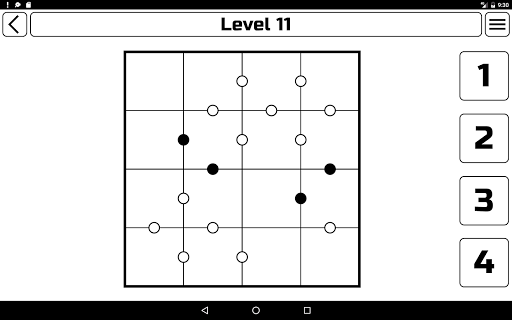 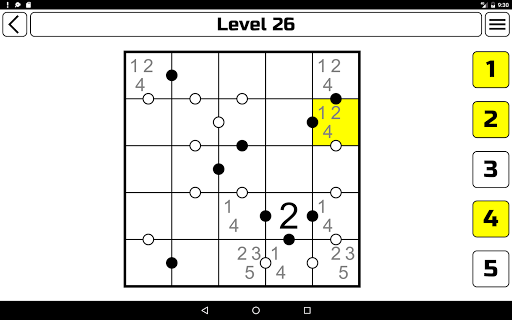 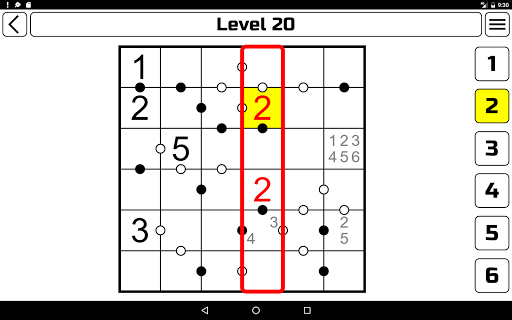 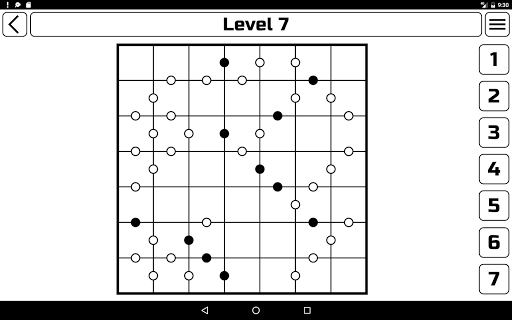 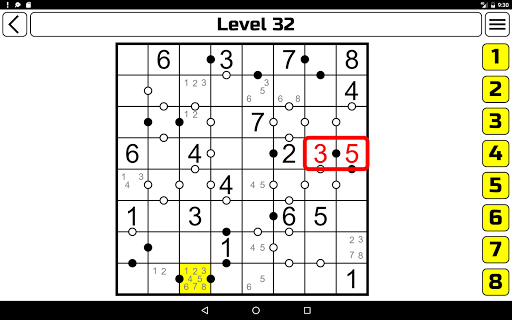 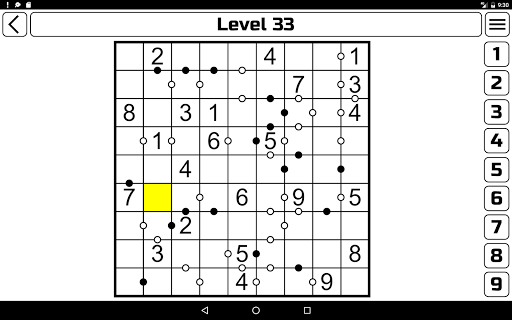 Kropki is a logical puzzle game. In this game you have to fill the playing field with numbers, initially all numbers are missing. Fill the field so that the following two conditions are met:

Also there are additional conditions, on the field there are white and black dots:

Note: For numbers 1 and 2, there may be both white and black dot in neighbour cells. Because both rules are observed.

In the process of the game, for your convenience, you can put more than one number in the cell, and in after remove the numbers that do not fit. The level will be considered passed if all cells have only one digit and all the above conditions are met.

In the program you can choose one of six difficulty levels. If you’ve never played in Kropki. Try to start from the first level on the 4×4 difficulty.
‘Undo’ button was added. Performance improved.