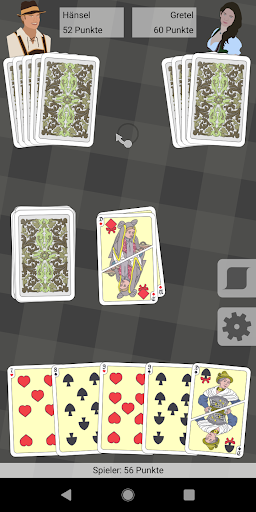 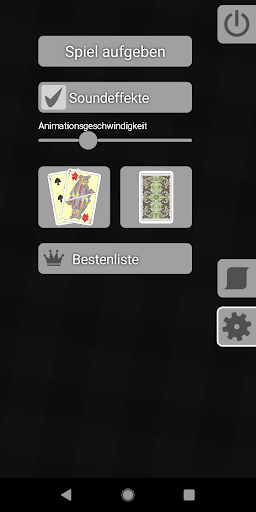 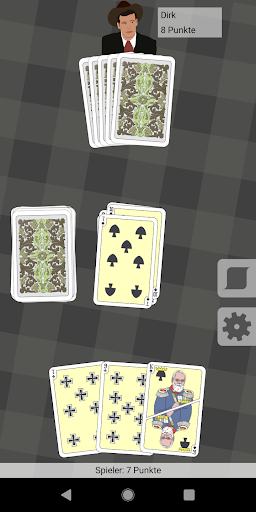 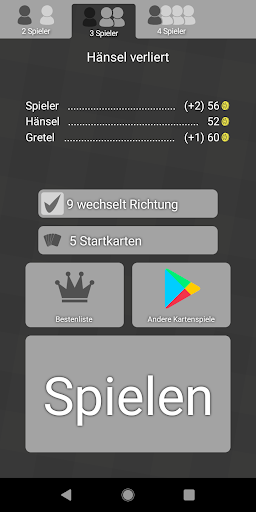 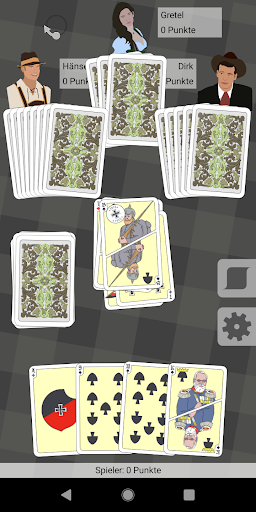 Card game MauMau is a variant of Crazy Eights popular in Germany. It is played with a deck of 32 cards and each player is dealt 5 or 6 cards. Whoever gets rid of all cards first, wins the game. Players take turns and each player must match the suite or the value of the last played card. Certain cards have special functions. A seven forces the next player to draw 2 cards, an eight forces them to skip a turn. A jack can be played on any other card and the player may wish a suite.
Four players game, new icon and card graphics, playing until the end. Fixed a bug regarding side deck depletion.