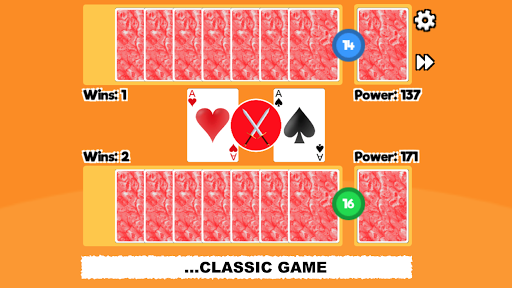 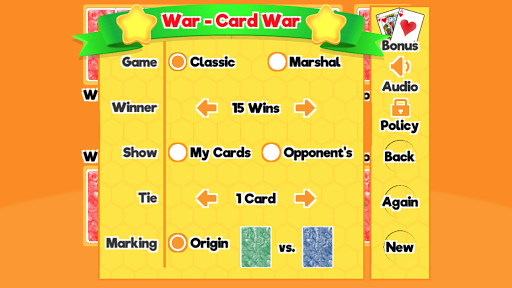 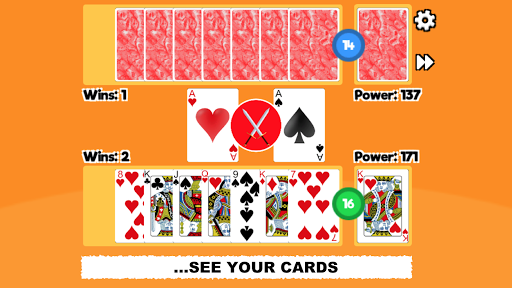 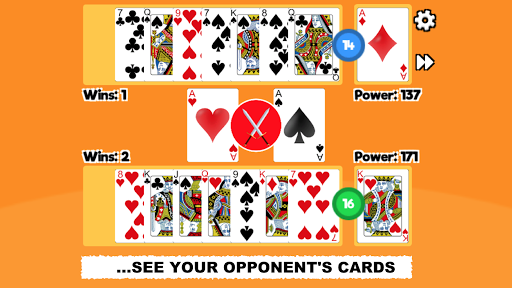 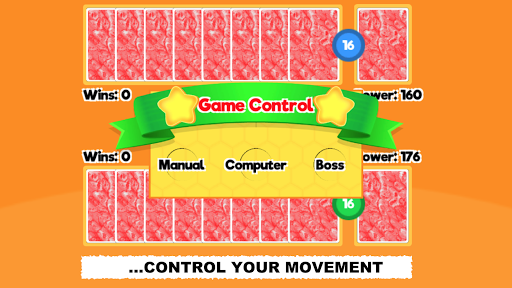 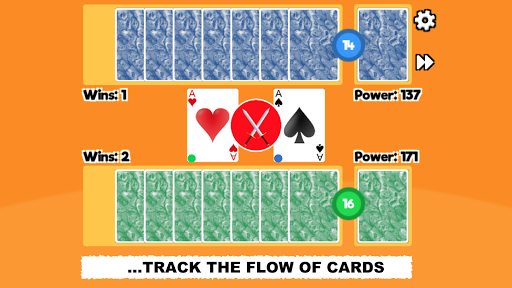 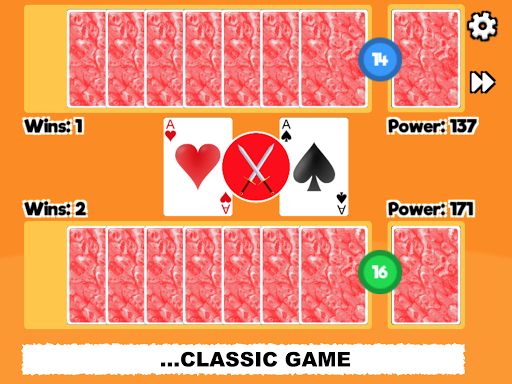 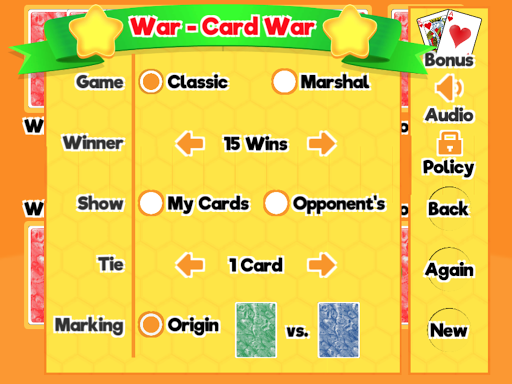 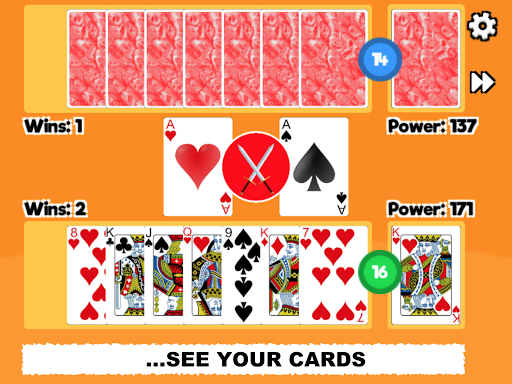 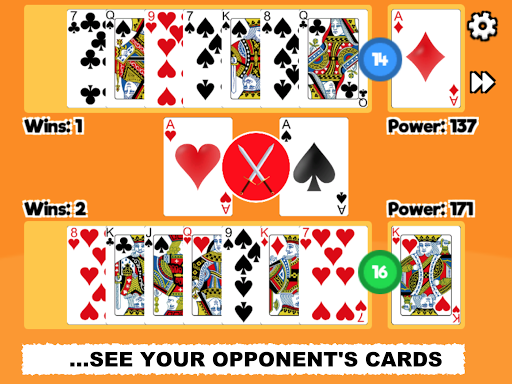 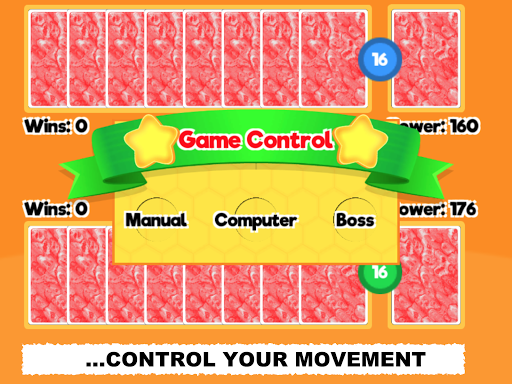 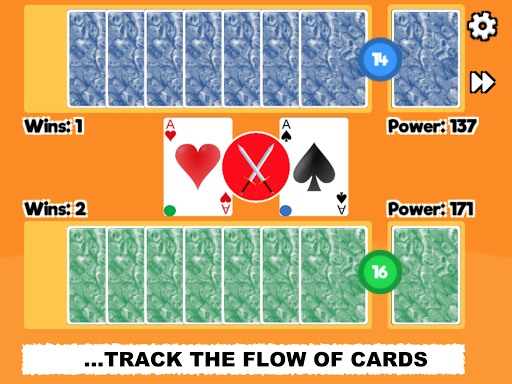 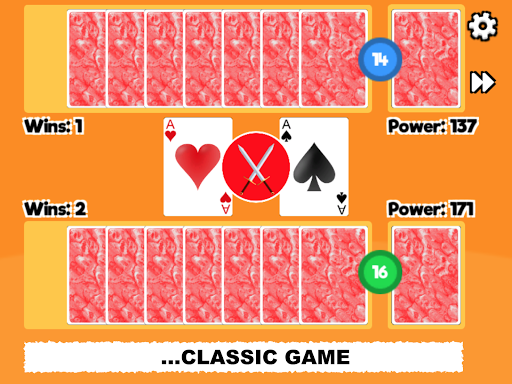 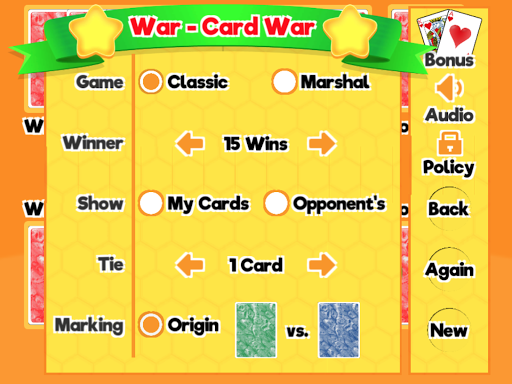 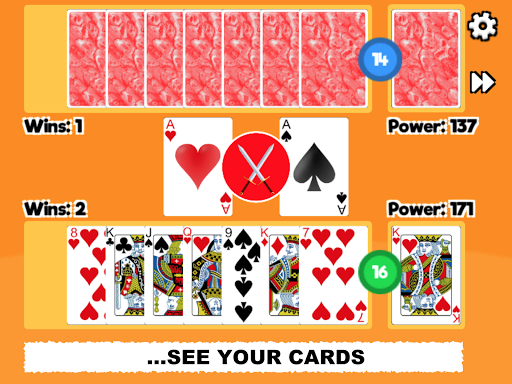 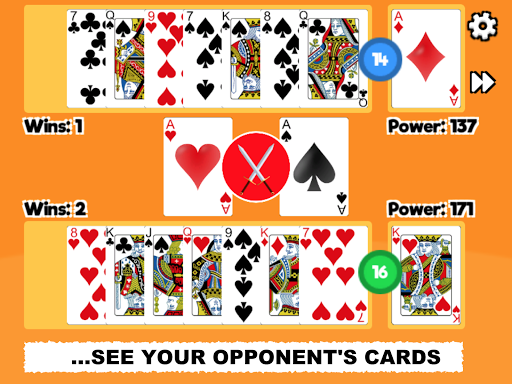 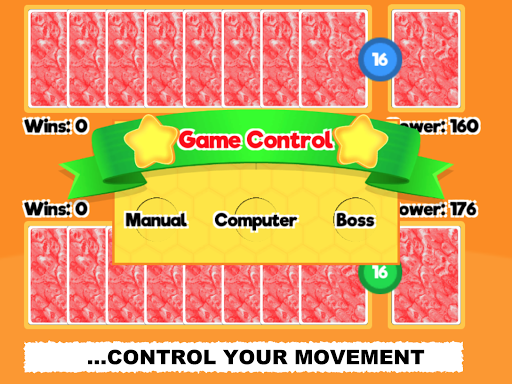 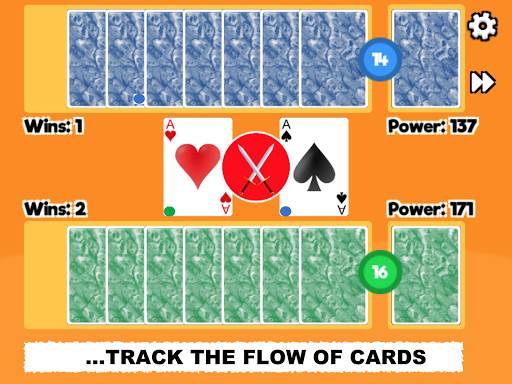 “War – Card War” is a classic card game dedicated for entertainment. This version of the card war brings you behind the scene of the game thanks to new features.

Mode:
• Classic
• Marshal (as Napoleon said, “Every private may carry a marshal’s baton in his knapsack.” )

Features/Options:
• to manage the condition of winner (All Cards, 5 Wins, 10,…)
• to see your or opponent’s cards
• to change how many of cards will be placed on the desk if there is tie/war (1, 2,…)
• to track the flow of cards (marking of origin)
• to play the same game with new features
• manual/computer/boss control
• the status of power
• possibility to reveal all playing cards on the end of the game
• normal/fast speed

The cards are divided between two players. Each player reveals the top card of their stack and the player with the higher card wins the “battle” and takes both of the cards played and moves them to their stack.

If the two cards played are of equal value, then a “war” occurs. According to settings 1 – 15 cards are placed on the desk and again the higher card wins the “battle” and take all cards.

How to play:
The object of the game is to line up all the cards of the corresponding suit in ascending
order.

Select a playing card and place it in an empty space according to the following rules:
– any card can be put on the first space of line
– only the cards of the corresponding suit in ascending order can be placed on the remaining free spaces on the board
● Minor Bug Fixes